had to be done

There are a lot of different opinions about riding elephants. Some feel it’s not appropriate to take advantage of such big smart animals. The truth is these animals are true work horses. It’s a bit of a tourist activity, but we were definitely tourist.. I must say, we went on two separate elephant trekking trips with two different companies. This was from the first trip with Siam Safari out of Phuket. Highly recommended, but this was only after we visited a less than impressive establishment. They treated the Elephants with respect and claimed to give them plenty of rest between carrying humans around. The trails were all dirt, no concrete and no strenuous climbing. 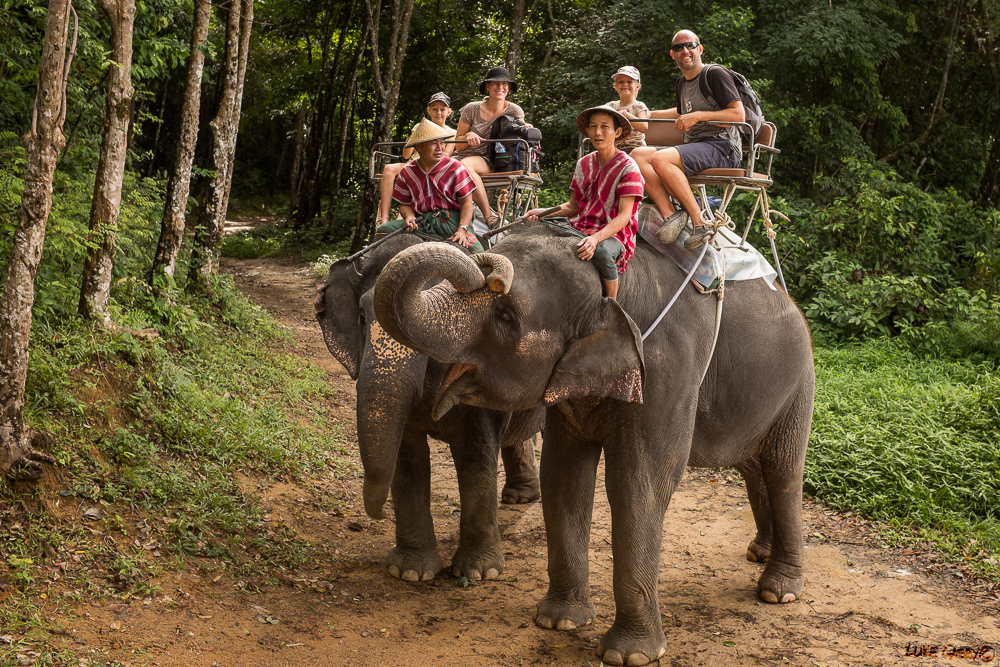 During the trek, our elephant reached down, like it was trying to grab something. Our elephant “driver” made a few Thai verbal calls to his elephant, which he responded by wrapping his trunk around and handing him something he had picked up off the ground. Turns out the clever elephant spotted a camera battery on the ground, likely from another upset rider, and had picked it up. Luckily it wasn’t mine, as it was likely covered in a bit of Elephant snot. 🙂 A great example of their intelligence and their ability to learn. Overall a great experience with such a large powerful working animal. We all thoroughly enjoyed it.

3 thoughts on “Elephant trekking in Thailand”