A few strikes from the night 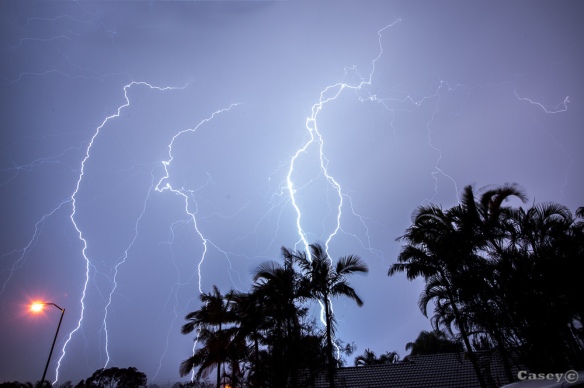 Had a really interesting weekend in Brisbane. Several severe thunderstorms rolled through, with the bigger storm hitting our area on Saturday evening and into the night.

I spend a good portion trying to capture some lightning looking out from our back deck. I must have took 50 or so shots, but nothing eventuated like I wanted. All lighting above the clouds that end up lighting up the entire sky, which doesn’t make for the most appealing photos. 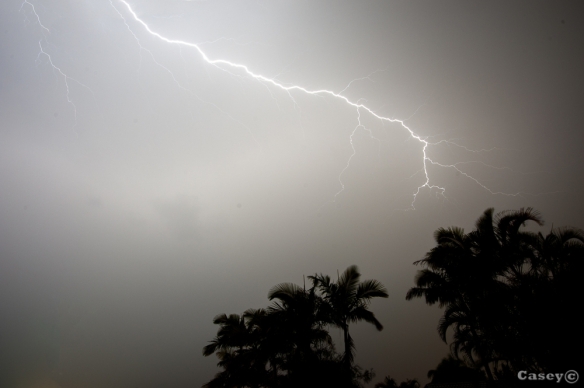 Later in the night another cell moved through and I made my way out to the garage to try get a better position as the storm rolled in. I had a few shots that were ok, but a large front was moving in and some big strike started getting closer. At this point I had decided to stop right down, as the bright strikes were bordering over exposure. I needed some way to hold back the intense lightning, so I could capture it in a single exposure.

Finally I settled in at F/10, ISO100 and 15 second exposures. Which worked out to be a nice balance between capturing  something decent, as apposed to underexposing all the little strikes. I was glad I had set it that way, otherwise the big multiple strike Shown at top) would have just blown out completely. 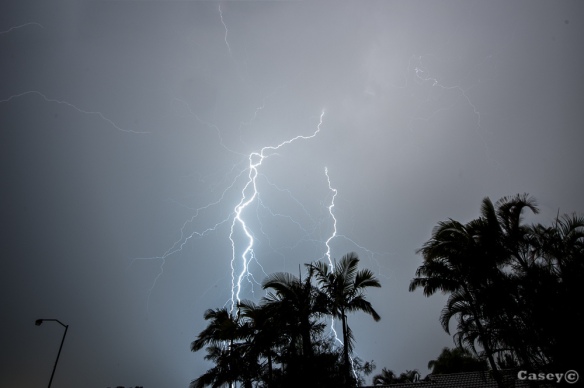 2 thoughts on “Lightning storm in Brisbane”